AND it’s all glamour here in the South of France as lucky attendees get chopper transfers from Nice to Cannes… how’s that!! ILTM really know how to lay the luxury on! It’s not called International Luxury Travel Market for nothing!

I jetted in from Zurich on the Sunday where I had just enjoyed the weekend being pampered in absolute luxury at The Dolder Grand as the guests of Mr and Mrs Dolder – aka the handsome Matthias Kaesweber and the beautiful Anna Loeser. The Dolder Grand is a fairytale castle situated in the hills above Zurich and the number one Spa and wellness retreat in Europe. (More on my wonderful stay to follow soon)

It was my fourth time to Cannes for the event and I hail it as the best luxury travel event on the planet. Not only do I get to meet and talk non-stop luxury travel with the most inspiring hoteliers and travel visionaries in the world, I get to rub shoulders with the very best travel planners & super travel stylists in the business. It’s completely inspiring… and exhausting all at the same time!

First night was the opening forum which included, a one to one interview with my favourite hotelier in the world, Kit Kemp – Co Owner & Design Director of Firmdale Hotels conducted by Melinda Stevens – Editor of Conde Nast Traveller UK. It was so refreshing to hear Kit talk about what inspires her in the creation of her hotels and their unique interiors. Kit designs what I feel are the most comfortable and original hotel rooms (and public spaces) in the world. It was then onto dinner with my good friend, luxury travel aficionado Dane Steele Green from Manhattan and new friend Mike St Jovite from San Francisco – we met at The Dolder Grand in Zurich the week earlier. The Design Hotels reception on the rooftop of Hotel Five (where I was in residence for the week) was next stop. I had planned to head straight to bed but the hotel was rocking on approach and I decided to pop my head in for a nightcap… (ok I had three, these guys know how to throw a party!). My buddy Craig Markham from Firmdale Hotels also dropped by at the same time and introduced me to Claus Sedlinger, the founder of Design Hotels. Claus has been a travel visionary that I have admired for some time, it was a thrill to finally met him and tell him exactly that!

The rest of the week was filled with sixty (yes that right SIXTY) 20 minute meetings.. (ala speed dating) with the best hoteliers from around the world and a few champagne receptions and dinners thrown in for good measure. One of the highlights of the social calendar was in fact The Lungarno Collection champagne reception at the new Feragamo boutique on the Boulevard de la Croisette where I met the current Miss Universe entrant from Italy. So much glamour at ILTM!

Of course the Hotel Martinez party was legendary as usual where the Champagne fountain flowing in the lobby has to be seen to be believed (it flowed ALL night!) and The Majestic party the following night was a chic, all “Winter White” affair where I danced to “I want to Dance with Somebody” (remixed – high energy of course!) by Whitney Houston and then promptly left -I mean… the boy did have to hit the show floor the very next day for just one more day of luxury travel talk! 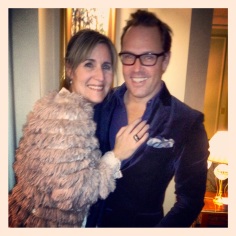 Brent with Elizabeth aka @poshbrood 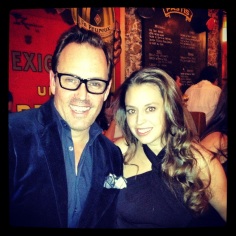 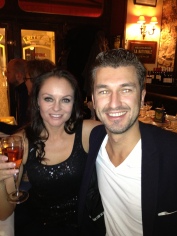 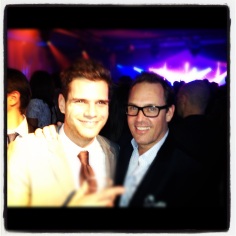 Andre Sustelo from ILTM and Brent at The Martinez

Brent with the team from JK Place Florence, Capri and Rome

Sam & Kim from Hilton with Brent 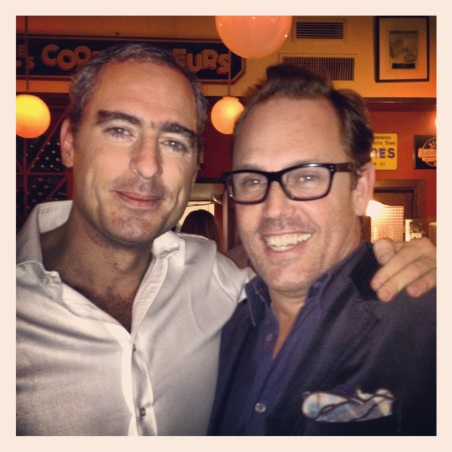 The weeks social calendar ended on a high with my good buddy Carolyn Turnbull’s birthday party, celebrated every year at Pastis. This is without doubt the coveted invitation of the week. It’s always so much fun… and in one room you have all the “movers and shakers” of the luxury travel world. Not only are they all completely fabulous, they are the funniest bunch of people I have had the pleasure to work with.

And so now … it’s back to work… next post will be a full update on all the fabulous hotels, resorts and destinations I discovered at the week that was ILTM.

Share this! DON'T KEEP ALL THIS LUXURY TO YOURSELF!

The BEST few days spent in Nashville with my SmartFlyer team attending SmartFlyer CORE (held at the brand new Four Seasons Nashville)
Thank you to the team at Four Seasons Nashville for looking after me so well while I attended our SmartFlyer CORE event, I absolutely loved my stay and
Next stop the fabulous Maybourne Beverly Hills! What a wonderful addition to Beverly Hills this is. Refined interiors layered with textures and bright beautiful art.
Loved my stay at Pendry West Hollywood. This hotel captures the essence of West Hollywood Cali lifestyle perfectly and I loved the art collection. It’s a solid choice when staying in LA!
A walk through my Deluxe Junior Suite at Pendry West Hollywood!